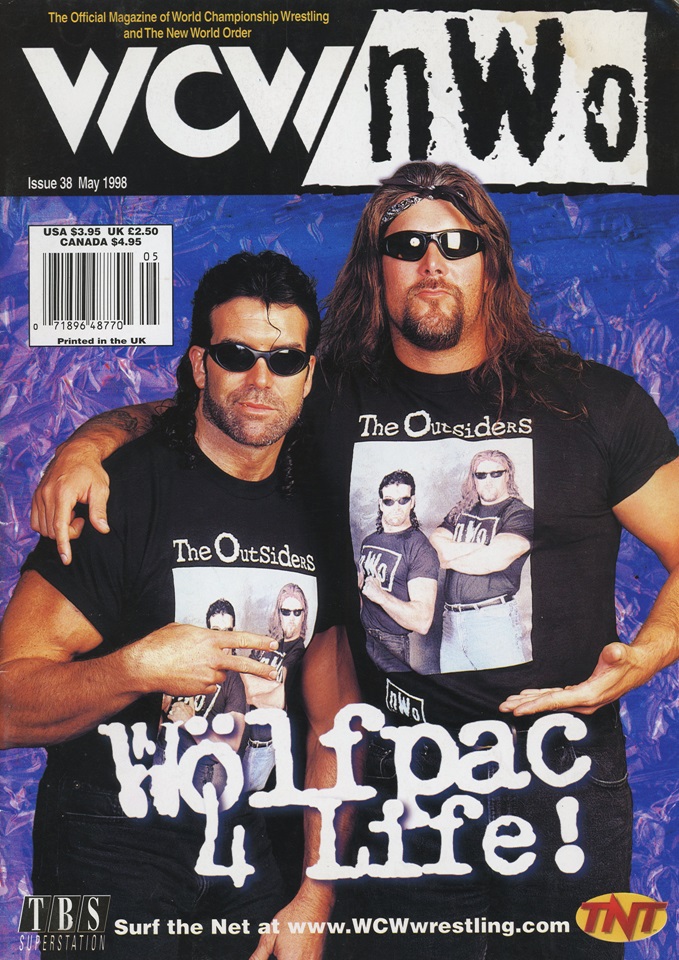 Interesting word choice for this feature considering that the nWo black/red Wolfpac split away from nWo black/white Hollywood in May ’98. You wouldn’t know about that here though as everything included in this issue was from the going ons of WCW around February…

Feature article is all about how Scott Hall and Kevin Nash have the strongest bond in wrestling that will never break… something that did, in fact, happen as well once this issue hit store shelves. Scott Hall and Dusty Rhodes turned on Kevin Nash at the main event of Slamboree to align themselves as solid members of nWo Hollywood.

Fun bits in this issue include a Chris Jericho THIS IS YOUR LIFE, where Jericho opens up about himself being religious and how he “still likes to jam” every now and then. Also, there’s great two-page spread on the time Randy Savage went to Harvard to accept the National Lampoon Real Man of the Year award (a day talked about heavily on a recent Neal Pruitt’s Secrets of WCW Nitro podcast).

One of the key moments of Savage’s ceremony was completely glossed over in the magazines coverage however. Thankfully, the archives of The Harvard Crimson still have their coverage of this day online and go over a RANDY SAVAGE & THE GRIMACE TAG-TEAM MATCH THAT TOOK PLACE ON THIS DAY:

“In lieu of [Kevin] Kline, the Lampoon staged a tag-team bout that pitted Savage and Grimace, a McDonalds character, against a group of costumed spectators culled from the audience. These included a cowboy, a ninja, the philosopher Socrates, a cadre of Revolutionary War soldiers and the Grim Reaper.

Without Savage’s assistance, Grimace dispatched his adversaries with seeming ease.

But when the purple-clad mascot turned against his own partner, Savage felled Grimace with one blow, opting for an arm hack to the head rather than his signature move, the “flying elbow from the top of the ropes.” – The Harvard Crimson [February 18th, 1998]

I’ll alert the guys behind CAGEMATCH.net and ensure that this match gets added to Savage’s career history, post-haste!