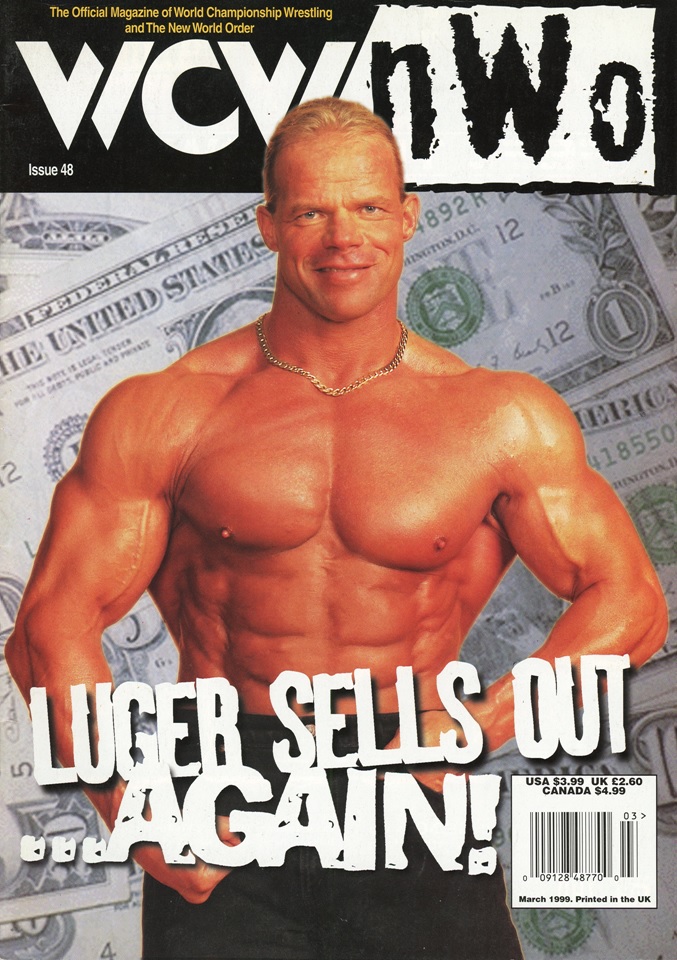 Lex Luger is on the take! He’s selling out… AGAIN!

This feature is all about Lex Luger attacking Goldberg after the Fingerpoke of Doom match, joining Nash and Hogan in the nWo Elite. The article is a fun read where Ross Foreman goes after Luger and tears apart his wrestling history when it comes to double-crossing his friends just to get ahead.

Also, another WCW Magazine upload means ANOTHER article praising Alex Wright as the next big thing. At this point, he was only TWENTY-THREE-YEARS-OLD which is pretty incredible to think about considering how long he’d been with WCW. I never thought of Wright being someone like Rey Mysterio, but it’s true. Sadly, “Das Wunderkind” would never take off in the way that writers for WCW Magazine hoped for over the six-plus years they seemingly were highlighting him.

Also, HUGE fan of the WCW ToyBiz line! I remember coming across them for the first time on Superbowl Sunday as I was cruising through Wal-Mart for last minute football snacks. Hogan, Sting, Luger and Kevin Nash were immediately snatched up by myself. I even ended up getting lucky enough to have the darker, realistic Hollywood Hogan as opposed to the lighter-skinned repaint that showed up later in stores:

For my next magazine upload, I’m going to focus on early WCW years and put up one from either 1992 or 1993. Get excited for seeing some scans of Surfer Sting, P.N. News and Johnny B. Badd, baby!!