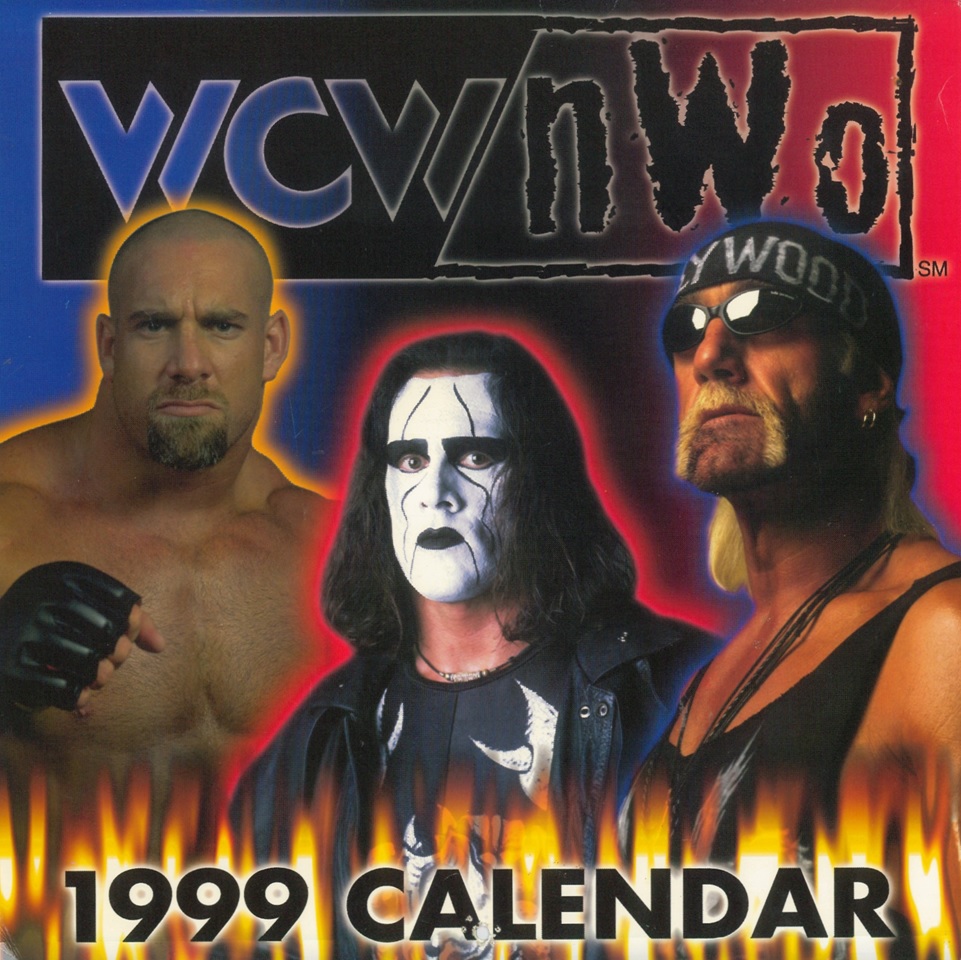 New year, new look! Spent a majority of January fixing a lot of back-end issues that came up with the site after a WordPress update, but I think we’re finally back to where we need to be at! Let’s start the year off officially (a month late) with an upload that you can actually utilize yourself this year. The 1999 calendar year perfectly mirrors 2021, so, if you can figure it out, you can print these images for yourself.

Or pickup a copy for yourself off eBay. I might have to do that myself as mine ended up having to be sacrificed for this post.

As always, here’s some nitpicky things about this calendar I wanted to point out. By the time this was released, the nWo Wolfpac were in the height of their popularity but we’re still getting 1997 black/white Sting with a bio that touted his upcoming 1997 television movie? Bret Hart’s bio also brings up his “recent” debut on an episode of The Simpsons, something that happened so early in 1997 that it made the cover of WWF Magazine.

Dumb gripes aside, getting good clean scans of these promo pics AND wrestler logos is worthwhile.

Not as memorable as the WWF wrestler logos but still neat to see used on wrestler merch. These marks were all bought out in the 2001 World Championship Wrestling yard sale by Vince, so every now and then, they do sneak their way onto current merch. I’ve seen someone mention how that Macho Man showed up on something recently, but the upcoming Giant vs Ric Flair Mattel two-pack set will have that Giant logo featured on the championship coin base.

Download the calendar pics for yourself below or just flip through the photo gallery on the site. Upcoming scans this month will be a WCW Magazine from December 1995 while the Patreon will be getting some new exclusive Japanese WWF programs that I’ve picked up from eBay recently. Putting up a SWS/WWF Supershow magazine here doesn’t make since but some of these scans need to be out there for people to enjoy. All that will be exclusively on the Patreon.

Thank you! I’m using the Bret photo as my phone wallpaper.