You’ve might have already seen Bob Bamber’s guest blog earlier this week covering the Hulk Hogan vs Vader feud in 1995, but he was also gracious enough to invite me onto his show to discuss the happenings within World Championship Wrestling in the year 1995. If you’ve never listened to the show or visited Wrestling20Yrs.com, the entire goal of the project is to chronicle professional wrestling in the same timeline when it happened… well… 20 years ago.

That being said, this podcast that I was invited to be apart of covers the entirety of September including the first episode of WCW Monday Nitro and the Fall Brawl PPV, but the shows are discussed as if they’re new to us. Nothing too earth-shattering, but you’re not gonna hear me bring up Eric Bischoff’s sitdown with JBL on the WWE Network or any nWo talk on the podcast as neither one existed in 1995. Not too difficult of a concept to grasp and I enjoyed playing along with the guys for it.

Full audio can be found below past the show notes and time marks: 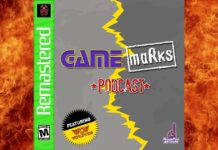