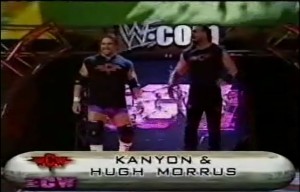 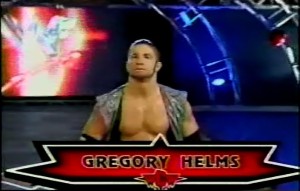 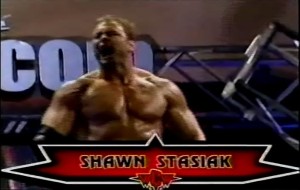 Between WrestleMania weekend and my hard drive frying, I haven’t been on the site much lately. Now Mania is over, my computer has returned home, and my most recent YouTube update may pique the interests of the readers of this site.

With WCW Worldwide off syndication as of March of 2001, it seemed that we would never see our favorite stars of Turner’s empire again on the rabbit ears. Those fears were proven unfounded as starting with the July 21st, 2001 edition of Metal, WCW wrestlers invaded the show to take on WWF’s best B-level superstars.

Recently, I posted over a dozen Metal matches featuring the likes of Sting, Ric Flair, Bill Goldberg, . . . just kidding . . . but there are some oddball and interesting matches . . .

Enjoy the last gasp of WCW on syndicated television before the Survivor Series would take place killing off the WCW name in November of 2001.

For more videos, visit my YouTube channel for action from all your favorite WCW B-Shows spanning from 1985 – 2001. 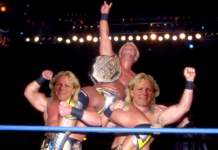 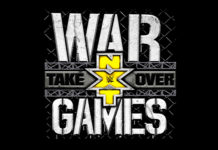 NXT WarGames: The Good, The Bad and The SPOTS

man, this is freaking awesome!

Monsoon has the best wrestling channel on all of the YouTubes!

From my concession stand to your commentary table

From my concession stand to your commentary table

Why do you think I scooped him up?? I wanted a direct line to getting videos like this.

Very neat site. I am glad to have stumble upon it.

ABOUT US
A fansite that celebrates all things World Championship Wrestling. Website maintained by Bryan Barrera in Austin, TX.
Contact us: fanmail@wcwworldwide.com
FOLLOW US
wpDiscuz
8
0
Would love your thoughts, please comment.x
()
x
| Reply