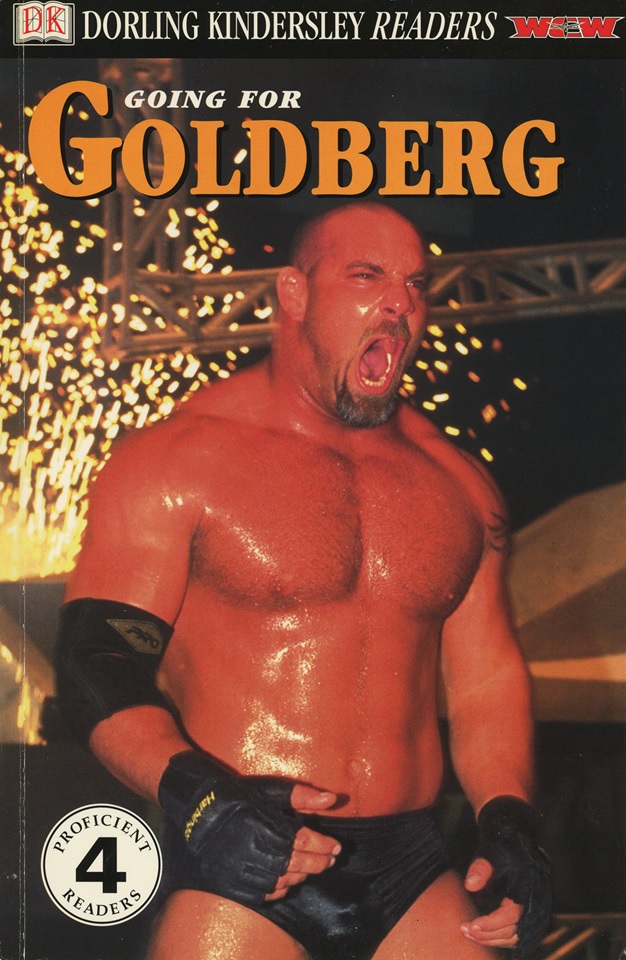 With the recent influx of Bill Goldberg back into the collective stream of modern WWE fandom, this marks the perfect time to learn some history about the WCW powerhouse. I have to warn you though, this DK Reader is marked at Level 4 and is specifically for people out there who are “proficient readers”. If you have trouble getting through this one, just sound the words out slowly to yourself and make sure to check the glossary at the end if you run into a word you haven’t learned yet.

To be honest, this is a neat little item that covers a lot more than I would expect. Going through Goldberg’s early career in the NFL is a given, the seeing The Love Boat and Jean Claude Van Damme name dropped is kinda funny. Also, I actually learned a thing or two in this book while speed-reading to mentally fact-check the Michael Tietelbaum’s writing. I don’t think I was aware that Ric Flair lived with Bill Goldberg’s older brother Mike back during Ric’s fraternity days (something Flair mentions in his own book as well). There’s also some weird rewriting of events that occurs in this book that visually showcases moments of Goldberg’s career that are slightly off.

Minor offense – Using a picture from 1999 alongside the story of Goldberg destroying Hugh Morrus during Bill’s WCW Monday Nitro debut:

Major offense (okay, probably still a minor one) – Using an illustration of Hulk Hogan in his red/yellow Hulkster attire while discussing Goldberg winning the WCW World Heavyweight Championship in July 1998:

Which, weirdly enough, uses a pic of Goldberg’s win against Sting at Halloween Havoc 1999 as its source photo:

Anachronistic errors aside, the art pieces included in the DK Reader are the real highlights. Showing Goldberg side-kicking Kevin Nash’s head clean off is pretty sweet while “Lightning Foot” Jerry Flynn even gets the shine in his own illustration:

Fun time waster to flip though, check out the full scans below or click the bottom link to download the book in high-quality PNG scans (oh my!)