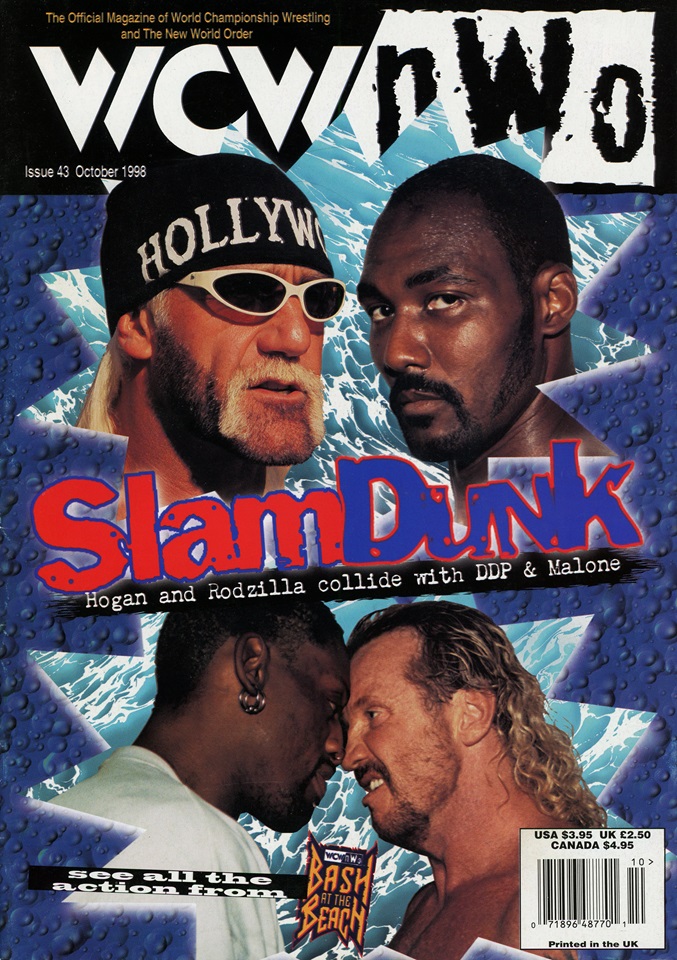 Another huge magazine scan this week, this one from late 1998 right in between Goldberg winning the WCW World Heavyweight Championship and the Ultimate Warrior coming in to WCW. Every other week, I put up a poll on Twitter to see which WCW Magazine I should scan in next and it seems that either a Sting cover or a Monday Night War era issue will win every time! I assure you that issues from 1992-1996 will eventually make their way onto the WCW Worldwide DOWNLOADS! page, we will get there!

This issue has some fun things going for it, especially of those of you out there who are baseball nuts. I mean, where else are you gonna get a photo of Wade Boggs and Drunk Raven??

Another amazing part of this mag is the return of the annual (?) Who’s Hot, Who’s Not?! column where readers rated the attractiveness of various WCW employees. Nobody is criticism apparently, not WCW Saturday Night jobbers, not even Dusty Rhodes himself. Keep in mind that this article ran back in 1998, well before we all knew better not to bodyshame anyone especially those who wear skin-tight skeleton suits every damn night.

As usual, thank you to all of the people who donated to my Patreon to make content like this available. Boosted some of my Google Drive memory to continue this going and to possibly start uploading full matches that YouTube has issues with me having online. We’ll keep it going until someone stops me!

Click through the photo gallery below for the magazine or just download directly to view on your PC or iPhone/iPad/whatever.