Home WCW in WWE NXT WarGames: The Good, The Bad and The SPOTS 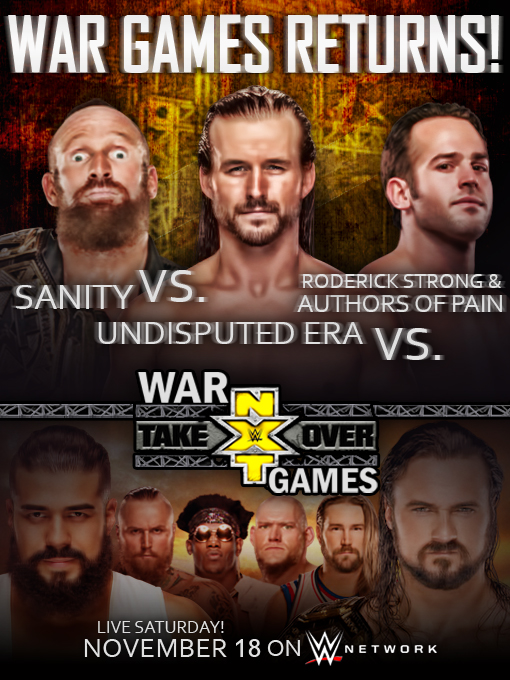 After nineteen years in hibernation, the “American Dream” Dusty Rhodes’ greatest creation made its triumphant return on November 18, 2017.

NXT Takeover: WarGames was one of the more hyped up and heavily promoted Takeover events in NXT’s five-year history. The WWE and the crew at NXT managed to actually do the WarGames match justice in the weeks building up to its return. The general message they were trying to send you was that, “WarGames is dangerous. There’s a reason it hasn’t been seen in two decades.”

Now, of course, we all know that’s bullshit, but I’ll play along.

When you sit back and examine the concept of WarGames, it becomes evident that, indeed, it should be treated as a massive deal. Add in the factor that it hasn’t been used since the Clinton administration and now you have a match that has the potential to main event WrestleMania.

However, this is still a company ran by Vince McMahon, or as I like to call him, “The most insecure bastard who ever lived.” That insecurity has led to Vince having a seriously hard time pushing any star or creation that wasn’t his own to the top in WWE.

This all has led to a compromise… do it in NXT. While NXT is *technically* a part of the WWE, it’s still developmental. And it’s still far enough removed from the main WWE roster to be considered “different.”

“Different” in this case of course meaning that Vince McMahon can wash his hands of any involvement and thus not take any blame if it fails. This won’t stop him from taking credit if it succeeds, however. Lest we forget Vince claiming, “We took Sting out of obscurity and made him into a household name.”

Regardless of McMahon’s lack of enthusiasm, NXT is still the hottest brand in the WWE, hands down. Its quality cannot be denied. Whether you like it or not, if something happens in NXT, more people care about it than if the exact same thing were to happen on the WWE’s main roster.

So the stage was set; the night before Survivor Series, live in Houston, Texas and only on the WWE Network… WarGames finally lives again.

As I write this, we’re a week removed from the event. This has allowed me to rewatch the match, while also listening to praise and criticism the match has been receiving. I feel well versed enough in this match to make the following claim:

It was a fantastic, breath taking match…but it wasn’t WarGames.

The key element of WarGames throughout the years was always the two-team set up. The reason this was the perfect formula is due to the advantage the heel team would gain during the match. Now yes, it is preposterous that the pre-match coin toss that determined which team would get the man advantage was always won by the heels, but hey, it’s wrestling.

Something was lost in translation, here. Two men starting the match and being the, “anchor” of their teams, was a really clever way to instill psychology into a ten-man cage match. Instead, starting with three men in the rings and having the other two remaining men on each team enter the match every two minutes makes me wonder why they didn’t just start with all nine men in the ring.

WarGames lasted thirty-seven minutes. All nine men were in the ring by the ten minute mark. Seems kinda like they just had team intervals for the sake of having them.

Speaking of “just having things for the sake of having them,” they really didn’t take advantage of those two rings did they?

One of the biggest problems with this match was undeniably the lack of action in both rings. In WarGames past, there would always be at least one fight happening in each ring. Even if it were just punches in the corner, there was never any down time in WarGames. In this version, often times one ring would be reserved for action, while the other was for men to lay down and stay out of the way of SPOTS.

THIS MATCH HAD SPOTS. AND NOT MUCH ELSE.

In another bone-headed move, a metal divider was place between the two rings, which prevented anyone’s head getting stuck between the two, one of the best spots in WarGames past. A minor nit-pick I know, but indulge me if you will.

Upon SaNity’s entrance into the match, Killian Dain threw many weapons into the rings, such as chairs, chains and even tables. This is a first for WarGames, to my knowledge. You know why? YA’ DON’T NEED THAT SHIT, SWEETIE!

The inclusion of weapons made this resemble TNA’s Lethal Lockdown more than WCW’s WarGames.

Sorry, I just puked writing that.

However, huge props to Alexander Wolfe of SaNity. After suplexing Akam of The Authors of Pain through two tables, Wolfe had a HUGE gash on the back of his head, resembling a gunshot wound. Wolfe and Dain of SaNity were easily the two most entertaining performers in this match.

The lack of a roof on the cage was something that, at first, I was vehemently against. As time went on however, I warmed up to it. My thought process was, “It’s a compromise, but I guess it isn’t THAT important.”

There was only one spot involving someone in the match coming off the roof of the cage. Roderick Strong giving Adam Cole a superplex off the top onto six other men would have been cool in any other setting. But I’m sorry, I just don’t think it was necessary in WarGames. The roof added an element of entrapment. And while yes, dives in a cage are cool, it takes away from the story that is told inside of WarGames.

And right there is the single biggest problem with this match; where the hell was the story?

Well, there was none.

Now I’m not going to channel my inner-Jim Cornette and yell about how kids these days don’t know how to work, but I will say this; there’s more to WarGames than just cool moves.

It has the word WAR in the name. Any history buff will tell you, a key element to studying a war, is knowing the reason for the actual war. The story of war can often be more fascinating than the war itself. Obviously, this is a wrestling match not a war. That doesn’t change the fact that the lack of a true story in this match, made it feel like nothing more than an empty husk. 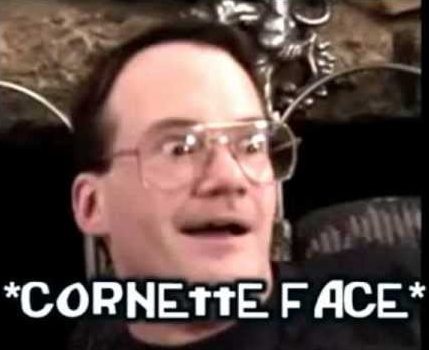 Even the storyline reason for the match was really lacking. Nine dudes were brawling in a ring and William Regal decided, “Hey, let’s do WarGames!”

THAT WAS THE ONLY STORYLINE EXPLANATION FOR THIS.

I won’t lie and say every WCW WarGames involved a feud that warranted a WarGames match, but most of them did. And you’d think after twenty goddamn years, they’d put a little more thought into this shit.

As previously mentioned, there were large portions of this match where wrestlers were just laying around, waiting for their next SPOT. And while the spots were awesome, save that for a TLC match. WarGames deserves a little more cunning.

I feel the need to once again reiterate that I LOVED this match. In a bubble.

On it’s own, WarGames 2017 was phenomenal; one of the best WWE matches this year.

When compared to previous battles in the two-ring cage, it was…okay at best.

All nine men in the match killed themselves and put on performances of a lifetime. They should take pride in this match, and I think they do.

Instead, I want the agents and producers in NXT to sit back and examine what did and didn’t work in this match. And for once, I hope they listen to fan criticism on this one. I’m not the only one who, despite liking the match, took issue with the format. I know that sadly Dusty Rhodes is no longer around to give guidance, but the vast majority of WarGames are on their own damn Network.

One final thing… one final plea…

Please, WWE, for the love of GOD, DON’T DO WARGAMES ANNUALLY.

You ever notice how the weaker WarGames were the last few WarGames? That’s because doing them annually, once a year, really watered down the importance of the match. Believe it or not, even a great match can be hurt severely by not having a reason to exist.

I’m happy and forever grateful that WarGames was finally brought back to life. I look forward to the future of the match.

And I hope the next time I write about WarGames, I don’t say, “Close…but no cigar.”