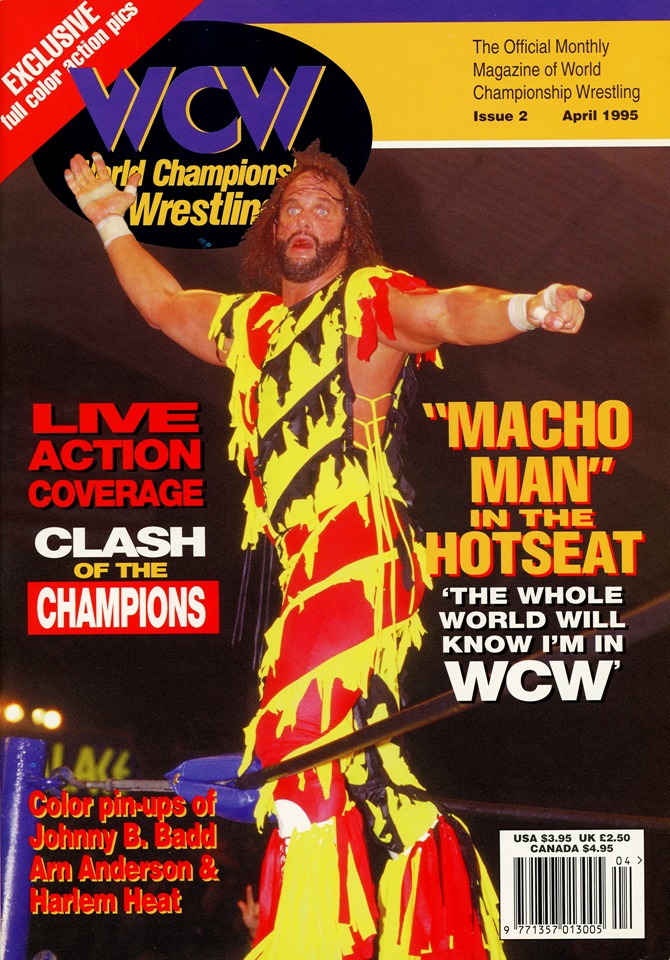 WCW was also gearing up for their first ever Uncensored PPV, an event that would be a yearly disappointment for wrestling fans. This 1995 PPV was one of the early shows I remember watching through Blockbuster as I was sold completely on the gimmicked card. Unsanctioned! Unauthorized! No rules! Boxing match! Martial Arts match!! We’ve got a fight on the back of a truck barreling down the highway like it’s some arcade beat-em-up!!! IT’S WILD AND IT’S WCW UNCENSORED!!

Overall, there are some good photos and columns in this one. This reboot of the magazine is miles better than what they were putting out in 1994, and the full color glossy pages are much appreciated. I only wish some of the weirder photos were larger. HUGE photo of airbrushed tee’d Macho Man Randy Savage but only small one-inch boxes for Sting meeting Webster or The Nasty Boys meeting Beavis and Butthead?? The fuck!

Also, can someone get Brian Pillman Jr. to recreate some of the pics in the “California Dreamin” article, specifically this one:

Thank you in advance!

Thank you for these!