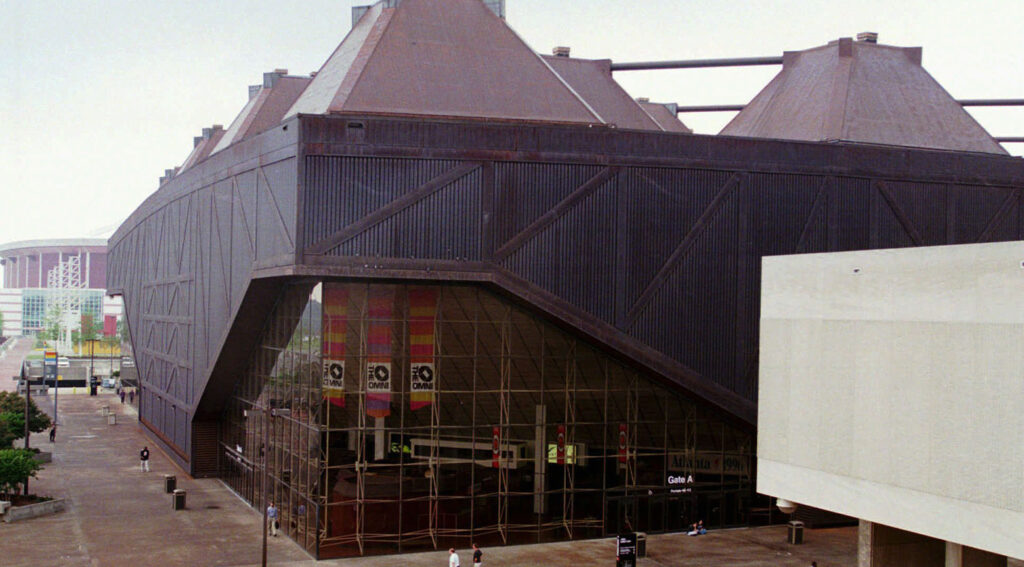 Having watched wrestling pretty much my whole life AND being born and raised just south of Atlanta, Georgia, it was kind of wild it took me until I was eighteen-years-old before I got to see it live.

That’s exactly how it played out however as my first wrestling show ended up being a historic one as it was the final WCW Monday Nitro at The Omni in Atlanta on March 3rd, 1997. I believe this was also the last wrestling show in the historic building as well, even though for years I tried to convince myself that the National Wrestling Alliance (NWA) held an anniversary show there after this event. I never found any evidence of that, so let’s chalk that one up to my notoriously faulty memory.

Dad took me and a friend to the show because a) he was still pretty invested in wrestling and especially WCW at that time and b) his recollection of wrestling crowds was that beer and fists flowed freely. It turns out that the Monday Night War era crowds were a little different than his previous experience, but it was great to be there with him anyway.

It was only fitting that the person who introduced me to wrestling in the first place was there when I saw it live for the first time.

In preparation for this post, I glanced at the card for this show (to make sure I had the dates right and all that), and I realized that I don’t remember a bunch of it. The things that I did hold on to are pretty vivid though, and that’s what we are going to focus on here.

Although it took me that long to see my first wrestling show, this kicked off a run of going just about every time they came to town. This was back when I had to go to Publix, stand in a large group of wrestling fans, and get my tickets through Ticketmaster in person. It’s one of those “kids these days won’t understand,” but that’s how it worked. Wrestling was so hot at that time you’d head up there and there may be 10 – 20 people in line hoping to score great seats for the show.

An underrated part of being at a big wrestling show in Atlanta at State Farm Arena (FKA Philips Arena, it replaced The Omni) is that when you are in the CNN Center next door you IMMEDIATELY hear people WOOOOOOING! like Ric Flair. That was true in 1997, and it’s still true to this day.

Since then, I have been to a ton of great wrestling shows in a variety of buildings, but this one… my first one… will always hold a special place in my heart.