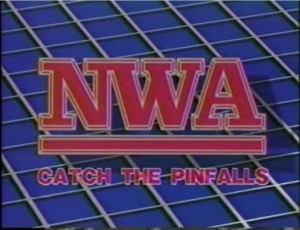 With the sale of WCW to Vince McMahon 15 years ago this month (as covered wonderfully on this site), I was feeling a little extra nostalgic towards WCW.

This past week, I went on a bit of a binge posting a couple hundred videos from the Jim Crockett era of WCW. Matches from Worldwide Wrestling 1985-1988 are now available on my YouTube channel.

The videos can be accessed here . . . https://www.youtube.com/MonsoonClassic/videos

Or for a more organized look at the videos, playlists are available here . . . https://www.youtube.com/MonsoonClassic/playlists

For established fans of Jim Crockett Promotions, dig in and enjoy.

However, I know there are a lot of WCW fans out there that joined in right around the time of the Nitro era kicking off. I can certainly understand how it would be difficult to determine where to start in watching these if you don’t have time to watch them in chronological order. You can’t go wrong with squashes by the Road Warriors, Ron Garvin, Magnum TA, and Jimmy Valiant (especially Jimmy Valiant). They were definitely quick and to the point.

One thing to keep an eye (or ear) on was just how enthusiastic the crowd was for everyone. There’s a Midnight Express match where Pat Tanaka gets one chop in on Bobby Eaton and the fans go into hysterics.

There’s a brilliant Rick Rude and Manny Fernandez match where they just treat the poor Mulkey Brothers like sacks of crap before pinning them.

Then there are acts like the New Breed. A team with a presentation unlike anything Crockett was doing at the time. They were time traveling heels (from 2002 to be exact) that were rather admired by the female fans at ringside judging by the excited shrieks that can be heard. They came out to Beastie Boys’ Fight for the Right and weren’t afraid to rock out even if they were feuding with the Rock & Roll Express. However an injury and a retirement later, the New Breed would be no more 🙁

If it’s more competitive matches or angles you’re looking for, there are plenty here . . .

There are other gems to be found as well, but I wanted to give a bit of a jumping off point for WCW fans that have always been a little curious as to life before the Billionaire Ted chapter of the company.

And yes, David Crockett just about loses his mind during every match 🙂 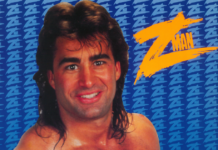