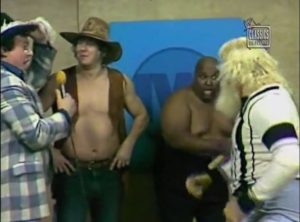 Back in March, I posted a YouTube Update highlighting the hundreds of mid 1980s matches from NWA Worldwide / Pro I had available. At the time, I figured that was as far back as my NWA timeline would go.

That was until June when I went on a binge posting Mid Atlantic Championship Wrestling action from late 1981 – late 1982 (78 videos in all in this playlist).

Taped from the studios of WPCQ-TV in Charlotte, North Carolina, the fifty or so lucky fans in attendance were treated to memories that many older fans would consider priceless.

Similar to my write up on the mid 1980s Crockett videos, I’m not going to list every match posted, but I do want to highlight certain videos that I would consider easy and entertaining watches.

Jake Roberts in a rare match against Roddy Piper

Roddy Piper demanding $10,000 . . . before taking on Jack Brisco for the Mid Atlantic Title

One of the wildest promos you will ever see featuring Roddy Piper, Jimmy Valiant, Abdullah the Butcher, and Bob Orton

By no means does this indicate the other links aren’t worth checking out but if the above videos scratch you where you itch, then I would highly recommend cracking open a beer and firing up this playlist after a long day at work. 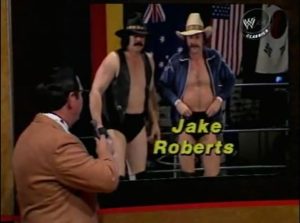