In previous articles, we have mocked WCW for having future plans backfire when taping their WCW Worldwide shows too many weeks in advance. As one could imagine, the long lead times on these tapings would lead to very few main event angles being shot.

This is one of the very few. At Slamboree, Hulk Hogan and Randy Savage were set to wrestle Ric Flair and Vader. However, Hogan and Savage would first have to wrestle Bunkhouse Buck and Dick Slater on the May 20th, 1995 edition of Worldwide Wrestling. Not only were Flair and Vader also scheduled to wrestle on the same show but it was on the go home show for Slamboree.

To establish that Hogan and Savage (and yes, . . . the Renegade) were in fact in the arena, they were interviewed at the top of the show by Tony Schiavone. 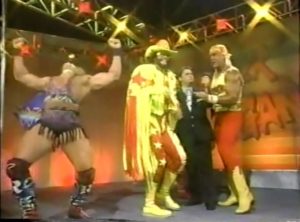 After squashes by Arn Anderson, Big Bubba Rogers, & Alex Wright, it was time for the Main Event. Bunkhouse Buck and Dick Slater made their entrance and roughed up ol Wild Cat Willy in the process. Two fishy developments here . . . first, the ring wasn’t spinning and second, it was only 36 minutes into the show. Usually, the main event would start closer to 45 – 50 minutes into the show.

Hulk Hogan and Randy Savage were then introduced but they were nowhere to be seen. Instead, for likely the only time in their careers, Scott “Amour” D’amore and T.A. McCoy made their entrance to Hulk Hogan’s theme. 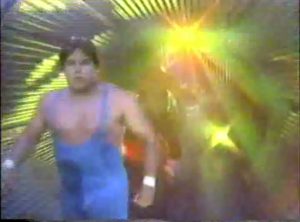 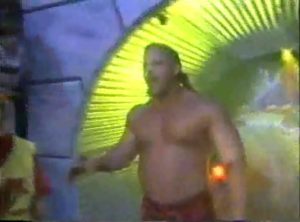 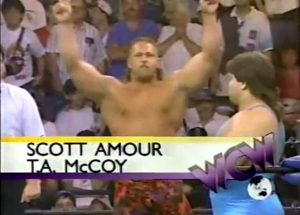 An extended squash took place while Tony Schiavone received news that D’amore and McCoy were supposed to face Flair and Vader later in the show, but Hogan and Savage’s absence caused for a change in plans. Buck and Slater were victorious and an interview with Flair and Vader immediately followed that featured Flair talking to the wrong camera while accusing Hogan, Savage, and the Renegade of having no guts. 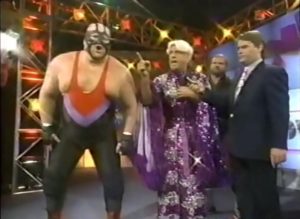 Next up was to be Ric Flair and Vader (w/ Arn Anderson) vs Los Dos Amigos. 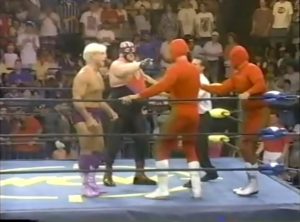 Before the match, Vader and Flair bullied the masked Spanish team before Renegade attacked and the cousins of the Conquistadors unleashed some familiar offense on the dastardly villains. 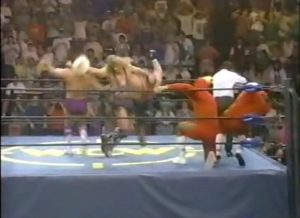 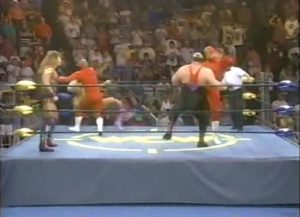 After running off the heels, Hogan and Savage unmasked and returned in the final segment of the show for an interview to cap off the show. 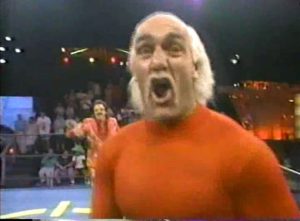 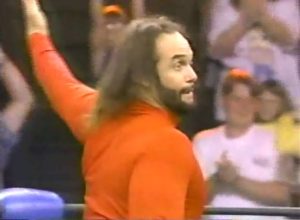 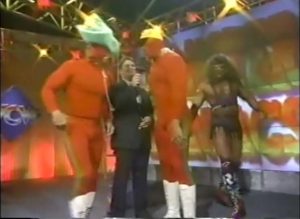 So yeah, it’s not as if any of this was terribly historic but I find it to be my duty to unearth and share these WCW rarities with the fans of the Immortal WCW.