It’s May . . . which to WCW fans means it’s time for Slamboree: A Legends’ Reunion. Years before WWE honored the stars of the past with its annual Hall of Fame ceremony, WCW was doing the same as part of its Slamboree pay per view event.

WCW took it one step further on the May 22nd, 1993 edition of Saturday Night by doing live cut ins to its Slam Feast banquet the night before the inaugural Slamboree. While the pre-taped matches from Center Stage aired as usual, viewers were taken to the CNN Center in Atlanta to get a few words with the legends that would appear the next night. 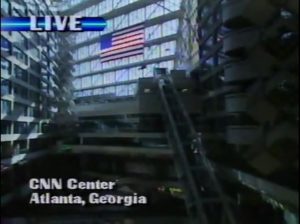 We’re welcomed by Eric Bischoff, Gordon Solie, and Missy Hyatt setting up the rest of the program. 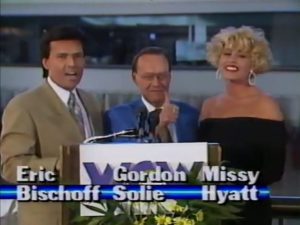 Segment two brings us a few words from Teddy Long before Ivan Koloff and Baron Von Raschke show up to talk tough at Thunderbolt Patterson hyping up the Patterson / Bob Armstrong vs Koloff / Raschke match at Slamboree. It sure explains Teddy’s presence at the table.

Raschke wasn’t bashful about getting juiced up for a fight. 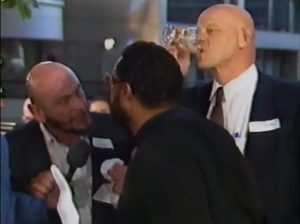 Afterwards, Thunderbolt goes deep into preacher mode urging everyone to go to the Omni tomorrow night. He even startles Jim Barnett when he stops himself from presumably saying the word “butt”. 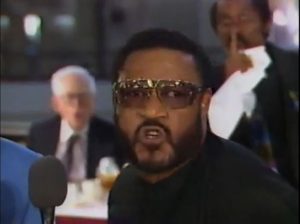 Segment three takes us to the hotel where Don Muraco, Koloff, and Rashcke attempt to bully up on Jumping Jim Brunzell before Blackjack Mulligan and Wahoo McDaniel even the sides. Muraco and Mulligan’s “There may be some trouble tonight” “I hope so!” exchange is only exceeded by Muraco wearing a sports jacket over a polo shirt. Simply marvelous. 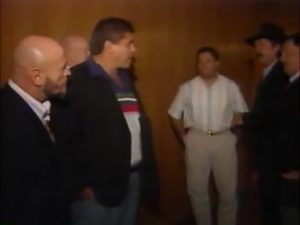 Gordon Solie then gets a word with Johnny Valentine and it becomes apparent who Greg siphoned his charisma from. I admittedly was distracted by Missy and Barnett sharing drinks in the background. 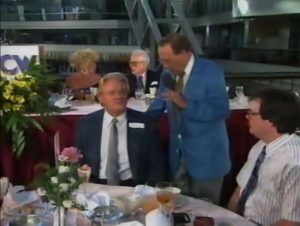 In the final segment, Solie informs us that Nailz will be at Slamboree. We finish with Moolah cutting a nice promo to hype up Slamboree that earns an applause from her cohorts. 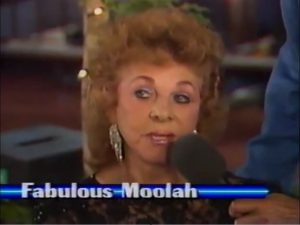 At seven minutes, the video doesn’t overstay its welcome and it’s interesting watching some of the old timers maintain kayfabe as they had their own matches to build up for the pay per view.