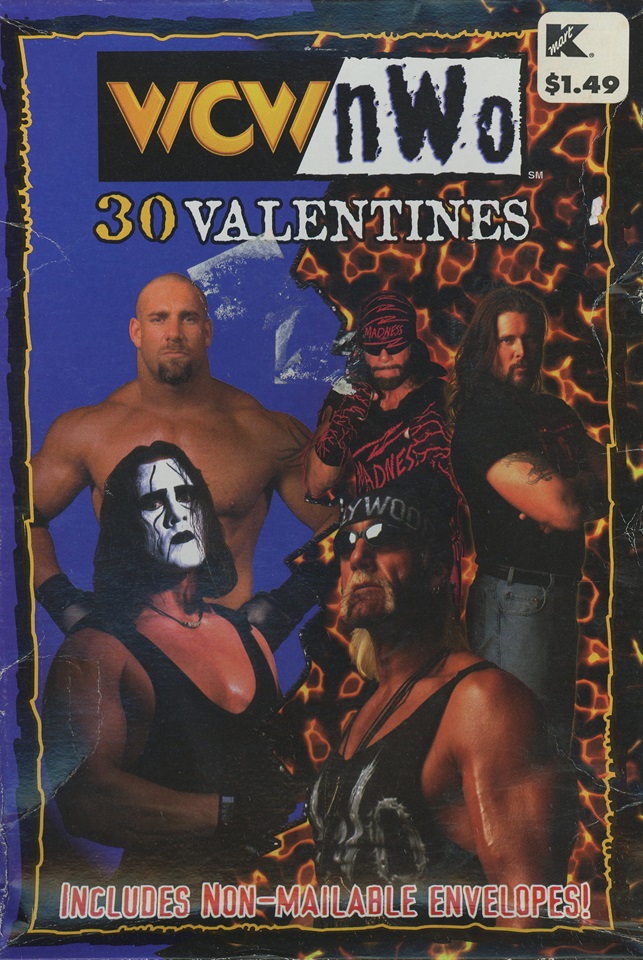 A majority of people reading this post probably have fond memories of cutting out and setting up cheapy Valentine’s Day cards for their elementary school friends. Having a parent watch over you to ensure that EVERY person in your class was included, making sure everyone gets a feel-good memento of the occasion — fun distraction from the usual hum-drum days of the school year, right?

For myself, Teenage Mutant Ninja Turtles Valentine’s cards were f’n GOLD back in 1991. I don’t recall ever making any real love connections with Donatello proclaiming, “YO, DUDETTE! WON’T YOU BE MY VALENTINE?” on any of the cards I sent out, but that’s because I was obviously born a generation too early to have these suckers at my disposal.

Even though I (and many others born before 1990) missed out on these originally, there’s still time to make romance happen now in 2017 utilizing terribly generic cards ft. half-dressed WCW wrestler men!! There’s no captions on a majority of these WCW Valentine’s Day cards, so it’s up to YOU to finish the job and create the magic yourself! Write a witty caption in Sharpie or MS Paint-in your own word balloon:

Actually, you’re probably better off with just looking at the photo gallery below featuring all FIVE sets of World Championship Wrestling Valentines.