Home WCW in WWE Sting Makes First Public Appearance Since WWE Night of Champions
After that collapse during Sting’s match against Seth Rollins during the Night of Champions PPV, I’ve been worried about the health of the former WCW World Heavyweight Champion. We’ve ended up getting small health updates through his agent, Dave Meltzer and eventually Sting himself over at WWE.com, but I was still skeptical over the fact there were no pictures of the man or even actual mentions of Sting on the post-PPV episode of RAW.

Thankfully, it turns out that things might all actually be all right as Sting made it to the UK today to start his 3-night Q&A stint with Inside The Ropes:

Details regarding the Q&A are a bit scattered and found through-out social media, but no real recap exists just yet that I’ve seen. Still, the few in attendance that I’ve talked to have said that Sting was in good spirits and looked great:

"Hulk Hogan is the greatest chess player of all time" – Sting pic.twitter.com/jjOK58bDlQ

Absolutely fantastic evening at the @Inside_TheRopes Sting show. That is how you do a Meet & Greet/Q&A! pic.twitter.com/bqiS5CUKLE

Hoping to have an update here tomorrow once the UK lads are up and about. Hoping to get some sort of recap for you all and more photos as the tour continues on.

[Update: Ashley Davies (@SpursAsh on Twitter, man from the Sting photo above) sent over a detailed recap of the Inside the Ropes Q&A!]

“The show started with a bang, the lights went out and the thunder cracked. Light filled the theatre in a flash. Then from the sides of the stage came ‘Walking Dead’ style creatures with Sting face paint. Then, my favorite part, his WCW Crow theme with long spoken child intro played… THIS IS STING.

The hosts of the evening and the promoters of this show, the guys from Inside The Ropes podcast, came onto the stage to open up the evening and tell us what to expect. They explained the night would be broken up into 4 sections:

Sting came onto the stage, this time without face paint (which he had earlier for the meet and greet), and the 3 men took their seats. They kicked it off by showing a video package of the “Surfer” Sting, this package also included clips of Robocop (which got a big laugh from the crowd) and The Ultimate Warrior. The hosts opened up with asking Sting how he broke into the business, and if he was a fan. Sting answered by saying that they didn’t have wrestling in southern California when he was growing up. He was a part owner in a Gold’s Gym which opened doors to him meeting the right people. He also mentioned how Warrior had been trying for many years to break into wrestling before Sting, and he joined up.

An audience member asked a question about one of my all time favourite angles “The Black Scorpion” to which Sting was very positive to. Having Ole as the voice and the build up was amazing and got the fans interested but there was never an end game. The only reason they used Ric Flair for the reveal was that Sting Vs Flair “always worked”.

By this point, I did have a question but didn’t get chosen to ask it, my question was going to be about what the major differences he saw when Crockett Promotions sold out to Turner, and what impacted him most? I guess I’ll just have to keep that one in my pocket for another time. 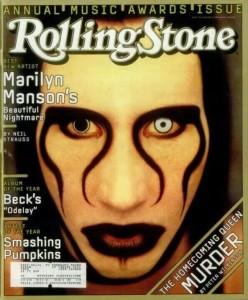 Next up Crow Sting – this unsurprisingly was the hottest topic of the night. A fan asked if Scott Hall was responsible for the gimmick change. Sting replied with a long insightful answer. He said that after seeing the nWo ads with the black and white and how things were moving on, he knew that his days as the bright coloured buzz cut Sting were numbered. He gave Hall credit for mentioning the long trench coat and black eyes, he also attributed a big portion to seeing an edition of Rolling Stone at an airport with Marilyn Manson on the cover. So, he surmised that he took bits from all aspects, and it clicked with the Crow gimmick.

The hosts then asked Sting if he felt Eric Bischoff and Vince Russo were to blame for the downfall of WCW. Sting gave a fantastic, and again, long answer to this. He said that the two weren’t to blame that it was a team effort that brought WCW down. In the beginning, all the talent were pulling in the same direction and were working as a unit. Once that unity had disappeared and everyone became more concerned about themselves, it was the beginning of the end.

A fan question about the main event of WCW Starrcade 1997 was asked, Sting had said that the match was changing every hour leading up to it. Secret meetings were held behind closed doors and that the finish was changed again just as he was walking out from the curtain. He didn’t feel that the match was hurt by the finish as the build up was so intense. I was a little disappointed that it didn’t follow up with the successive botched finish at Nitro, and how it dragged to Superbrawl 8, as I would have liked to have known how he felt about it as a whole.

Then came the TNA section, again kicked off with a video package. A lot of the questions here were negative towards TNA about what shape they’re in now, and how the company’s run. However, the hosts did point out that Sting’s run in TNA was very impressive, and that some of his best matches were in TNA. Also mentioned here were the Main Event Mafia and the “Joker” Sting. Sting was asked his favourite opponent in TNA and without hesitation Sting brought up Kurt Angle and how good he is. Sting also said that Kurt took him to his absolute limit and that Kurt is one of the best performers ever. Not a massive section on TNA, but Sting was positive about his time there and mentioned he’d had a lot of “fun” there.

Then came the WWE video package, showing his highlights at Wrestlemania against HHH and the match with Rollins. To kick this off they hosts asked Sting about his injury to which he said he’s ok, he wasn’t sure exactly what happened, but there is an issue with his neck. The question was asked about how he finally ended up going there and his answer was simply “Now or Never”.

Fan question about how he’s been used and the fact he’s been booked to lose his matches. Sting wasn’t bothered about losing, he was saying how people remember the WrestleMania match with HHH for all the good things and the amazing nostalgia feeling with the like of D-Generation X and the nWo involved. He also said he’d always wanted to take Sweet Chin Music from Shawn Michaels. He also talked about the lack of characters in today’s product compared to when he started out, as that was all about establishing a character. He also commented on how big and athletic today’s performers are. The WWE section was wrapped up by asking the only question that was left to ask; what’s next and is it the Undertaker and WrestleMania? Sting was slightly cagey here with regards to Undertaker but mentioned that if the doctors can put him back together and patch him up he would love to go again. The hosts then wrapped everything up and Sting took a bow to a standing ovation. THIS IS STING

A fantastic evening and to get to see Sting up close with all his ring gear and face paint on was awesome. As a fan of WCW this was a dream come true for me I came away immensely satisfied.” 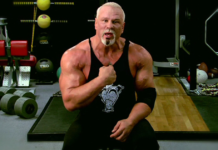