When it comes to discussing WCW video games, this obscure Game Boy title from February 1994 isn’t the first thing that comes to mind. To be quite honest, I had never even heard about WCW: The Main Event until I started working on this website. We were a Nintendo Power household growing up, so this game’s existence probably just fell outside of my radar due to a lack of preview coverage in my favorite magazine. I even got a Game Boy that Christmas of 1993 and would’ve loved a wrestling game – just never happened!!

Even though The Main Event isn’t an incredible Game Boy title, I’m sure I would’ve played the hell out of it at ten-years-old. I mean, I probably ended up putting in the same amount of time back then for The Ren and Stimpy Show: Veediots that I did for Super Mario Land 2: 6 Golden Coins. I was a young moron, desperate for his video games on the go. Portable World Championship Wrestling would’ve been a blessing, maybe!

Boasting a total number of NINE wrestlers with two match types and three degrees of difficulty might have been a good enough selling-point in 1994, but the bare-bones options included immediately stuck out to me when I first started up Main Event. While I had low expectations going in, you can see everything there is to see to the game within ten minutes. The video up above is actually myself taking you on a tour of what setting up a match is like, beating the game by winning a championship title is and the amazing Game Over scene where your lifeless corpse is hauled out of the arena on a stretcher.

Matches are either played in a set number of pinfalls or in Iron-Man style bouts under a set amount of time. You can play this way through a single match mode or the elimination mode that plays like a traditional one-vs-all tournament setup for the WCW World Heavyweight Championship. You end up with the same win screen regardless of which mode you go though, although the latter gives you an extra ten-second reward of running down all eight of the Beam Software developers who were responsible for this game. Splendid!!

Bouts are simple, but the matches move along faster than what I actually expected. The game sprites do a passable job with each wrestlers’ likeness (although Ron Simmons as a black-pixel blob and Big Van Vader in shorts are strange design choices) with large on-screen characters that are similar to the ones from the WWF Superstars game.  I ended up getting completely washed about twenty times over before everything started to click for me. The computer A.I. became more predictable and opportunities to cheese a victory became more noticeable. Main Event doesn’t have an in-depth wrestling system in place like a Fire Pro Wrestling title, but thankfully it isn’t a SMASH-THE-BUTTON-AS-QUICKLY-AS-YOU-CAN setup to pull a move off. Lock-ups are triggered automatically when the two wrestlers are close to one another, and the timing element used to hit your basic suplexs/slams doesn’t seem unfair. Maybe just erratic? Regardless, the challenge here is to not get caught in a bad spot where your opponent catches you in an endless attack combo any time you regain control. Thankfully, the select button for your rechargeable finishing maneuver is there when things get real dicey.

Some dumb fun can be had here with Main Event, even if it wasn’t reviewed favorably by GamePro. The worst part of the game is how lifeless the actual fights are. No real in-match music and basic “boops” for sound effects would make you believe that you were playing a slightly improved Tiger Electronics handheld wrestling game. Once you figure out the game’s tricks, you should be able to breeze through every match with no hassle. The real interest here is the novelty of seeing 1994 World Championship Wrestling represented in an 8-bit video game. Once that wears off, there’s not much else.

Speaking of 1994 World Championship Wrestling, I cannot figure out for the life of me when this game was actually developed based on the included roster.  By all accounts, WCW: The Main Event was in-stores by early 1994 but the included copyright marked the year down as 1993. The Steiner Brothers had moved onto the World Wrestling Federation by the end of 1992 but are featured prominently in this title. The “Nature Boy” Ric Flair came back to WCW by mid-1993 and is missing here BUT shows up in Beam Software’s WCW Superbrawl for the SNES that came out the same year as this Game Boy game did.

Did this company lock down their character roster in November 1992 and said, “THAT’S IT! THESE ARE THE GUYS! WE CAN’T GO BACK NOW, IT’S POINT OF NO RETURN!!”??

I can’t recommend anyone to go out of their way to grab this off of eBay, but it might be worthwhile if you find it for under $10. Getting a complete copy with the box and manual will be difficult as I managed to only find one after a couple of years of searching.

Let this page be enough to satiate your curiosity, save your money for WWE 2K18.

God I hated that game. Once I got pinned I couldn’t kick out. 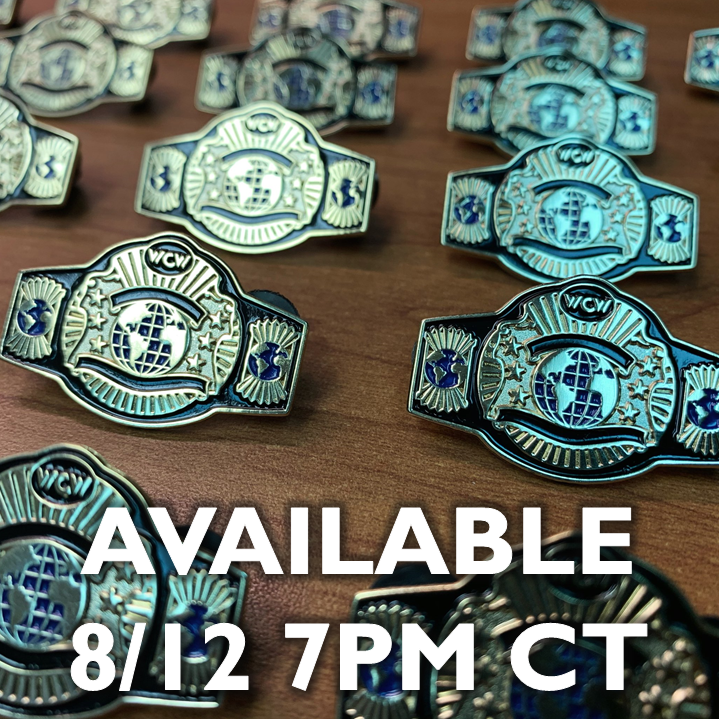