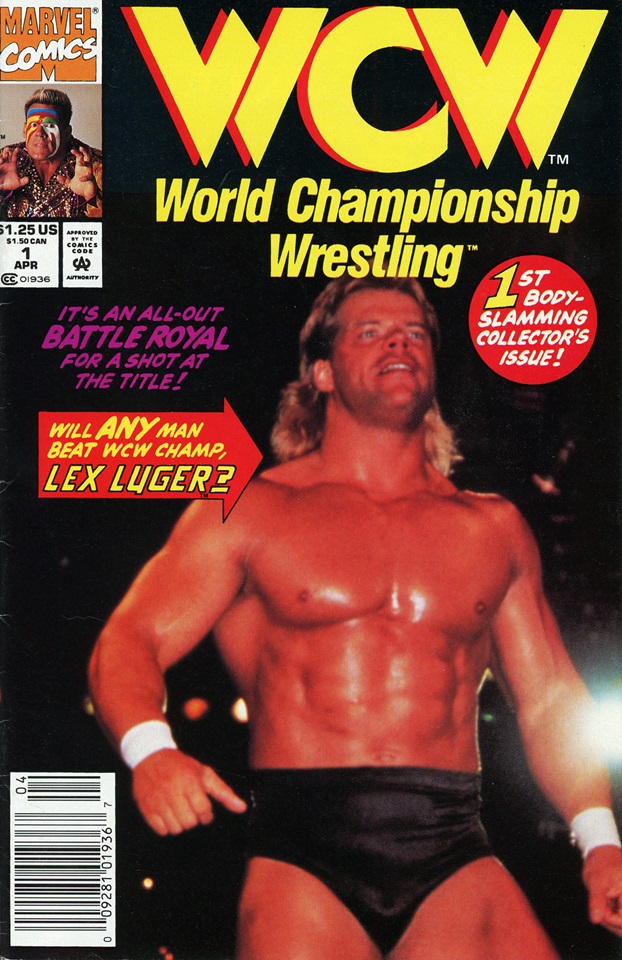 Christmas week and we’re busy around these parts! Not only are you getting two full magazine scans on the site, but Joey is still working on bringing you his Starrcade ’97 review! I might even be able to finish a video game feature I’ve been typing up as well that’s all about WCW vs nWo: World Tour!

Regardless, here’s the first issue of Marvel Comics’ take on the world of WCW. One of the more interesting factoid about this short 12-issue series is how they had to retool it all after the book’s star jumped ship to a rival promotion. Only a couple of weeks after WCW’s first issue hit shelves, Lex Luger was seen by wrestling fans appearing at WWF WrestleMania VIII. Marvel didn’t have a contingency plan set up for something like this happened as they had never would have to deal with, say, a Spider-Man or a Incredible Hulk suddenly switching their alliances and likeness rights to DC Comics…

Still, that’s what happened here. Lex Luger had left the company whose entire comic was written for. Sting would naturally become the main focus by issue three but the first two were very Luger-heavy. 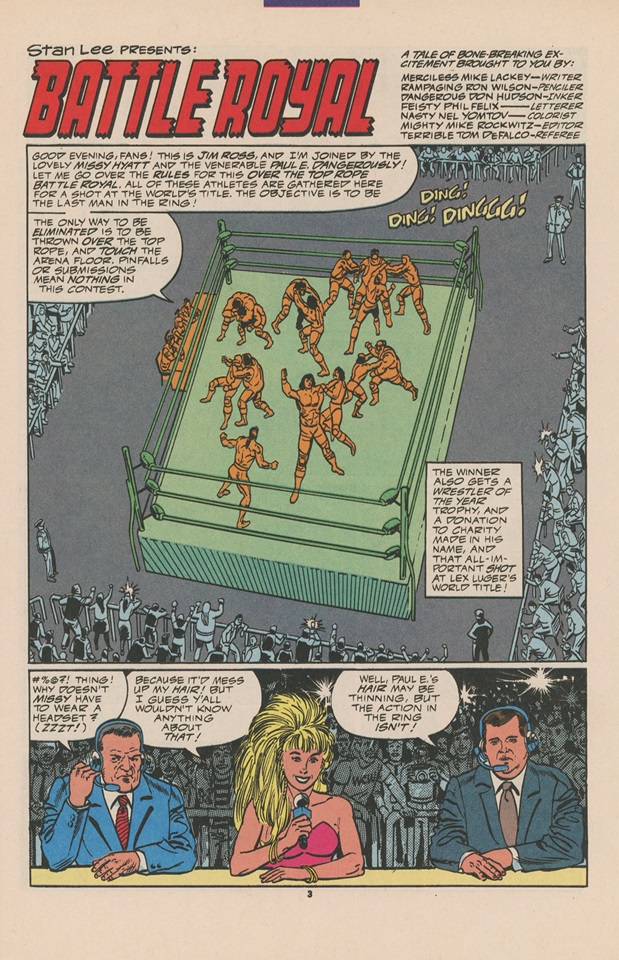 And what a story we have here! Stan Lee presents, “Battle Royal”! All your favorites are here! El Gigante! Tom Zenk! Full-Head-of-Hair Arn Anderson!!

Each combatant gets tossed out one-by-one until there’s a last man standing in the ring as the winner. Every featured wrestler gets a quip or time to shine here with my favorite moment being the Diamond Studd (AKA Scott Hall) delivering a gorilla press-slam to P.N. News (who is black in this comic, for whatever reason).

Oh, and Johnny B. Badd is also pretty horrific looking as well.

I don’t expect to post that many more comics on this site lest I get Marvel’s lawyers on me. But I will have issue two on the Patreon relatively quickly just so people can experience the full Lex Luger story arch that is left unresolved here. Click the link below to become a Patron and read the rest of the story!!

Tutti Frutti, oh Rudy! I’ll have a WCW Magazine from 2000 up here tomorrow!