Home Indies Photos: New York’s The Big Event IX
Several great shots from this weekend’s pro wrestling convention have emerged online, complete with several photos of former World Championship Wrestling stars. The event bills itself as New York’s “biggest wrestling convention” and based on the guest list, it looks like it was a good one. Huge thanks to Power Slam Magazine Online for posting this first large batch of pictures from the convention, all taken by famed wrestling photographer George Tahinos:
The Big Event IX - Photos by George Tahinos
1 of 14

Awesome to see both Spivey and Vicious together in 2015! Sucks that they couldn’t get Teddy Long, but still!!

Wasnt leaving #bigeventny until saw @BretHart. As a huge #WWE fan & #stokesurvivor it was such an honor! 💗 this Fam pic.twitter.com/4lCvc6reGQ

@WWEKidman really enjoyed watching him as a kid in #WCW @bigeventny pic.twitter.com/GeYu84SKFw

Come see @kaceecarlisle at The Plaza in Queens for The Big Event today! Or, we'll cut ya. pic.twitter.com/Ox0jUav6Re

Former nWo Girl April Hunter — a person that I never remember in WCW but have been crushing on since high school. Also, Billy Kidman is slim again! Even though he’s a current backstage producer for the WWE, I wonder if he ever gets the urge to get back into the ring for a match. He’s only 41, dammit!! 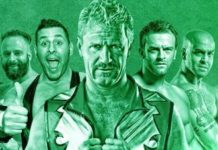 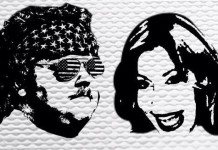 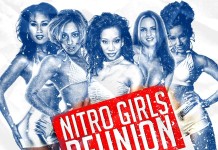 That looked like an awesome convention. The north east seems to always have great ones. Here in the Midwest we’re lucky to get 1 decent wrestler for a signing. Even most of those I pass on because it’s usually someone like Al Snow.

There was a small batch of awesome ones here in TX, but they all stopped for some reason. Nothing too big, but something like getting several nWo guys together at one place seemed to go over well.

This one looked great, definitely would’ve been there if I was up north!