Not much time is wasted here once the DraftKing ads are done, the show immediately picks up where it left off last time with Eric Bischoff. Once again, the show is immensely entertaining and worth every second if you’re got the time to listen. Fun, fun podcast.

Click Through to Read My Recap of Part I with Eric Bischoff on WOOOOO! Nation from Last Week!

07:15 – How Did Money Get Out of Control, What Was Ray Traylor’s PPV Bonus About?

I’m guessing Conrad and Kevin Sullivan are good friends or have had several beers together as the Traylor PPV bonus was something Sullivan has mentioned before on his podcast. Sullivan’s story is that the reason Ray Traylor started to be used more on WCW PPVS in 1994/1995 was because of a ridiculous bonus he worked out that was attached to PPV buyrates. Since the PPV buys were low in 1993, WCW agreed to the terms but once Hulk Hogan signed to WCW and those PPV numbers improved, WCW was forced to pay Traylor his bonuses whether or not he was on the show. Regardless, Eric says the whole story is false… but who knows.

“I resented [Lex Luger] up until the last year or so, I had a lot of resentment towards him because of what happened to Elizabeth. My wife was very friendly with Elizabeth… she used to come out to our place here in Wyoming to go fishing and things. When Elizabeth died, it affected me. It affected my perspective on Lex and I held onto that for a long time.”

1:00:51 – Athletes in Other Sports Mixing into the Wrestling World

For me to put that [segment] there, whether it’s a parody or not, whether its life imitating art or art imitating life… it was a little too close to the bone and it was disrespectful.

“[Hulk Hogan] sat with me, listened to me [pitch his heel turn]. He was very polite. He started stroking his Fu Manchu and I went, ‘Ok, this isn’t going well because the minute he starts going for that Fu Manchu and starts stroking it, he’s actually trying to think of how he’s gonna say HELL NO, but say it more nicely’.

He stats stroking his Fu Manchu, he kind of grunted to himself and he said, ‘Can’t do that, brother.'”

Conrad thanks Eric again and asks what does Eric hope his legacy winds up being. Eric says he feels that the Monday Night War will always be his legacy and points to Nitro being the catalyst for The Attitude Era and adds how several remnants of what he started is still on WWE television today.  Says he was glad to just be a part of all that.

Before Eric leaves, Conrad asks for Flair to put a stamp on the interview as he’s gone on record before that he’d never forgive Eric Bischoff. Ric Flair simply responds, “Friends for life. Forgiven. Exclamation point.” before going into a slight rant how insensitive the entire wrestling business is and Roger Gooddell (lol). 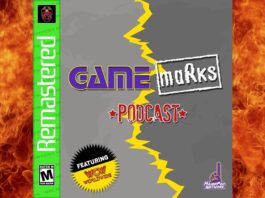 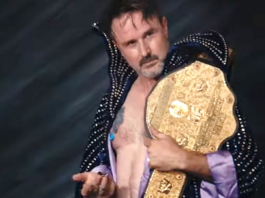 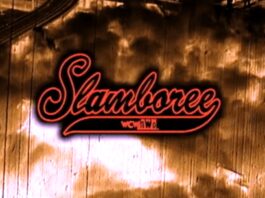