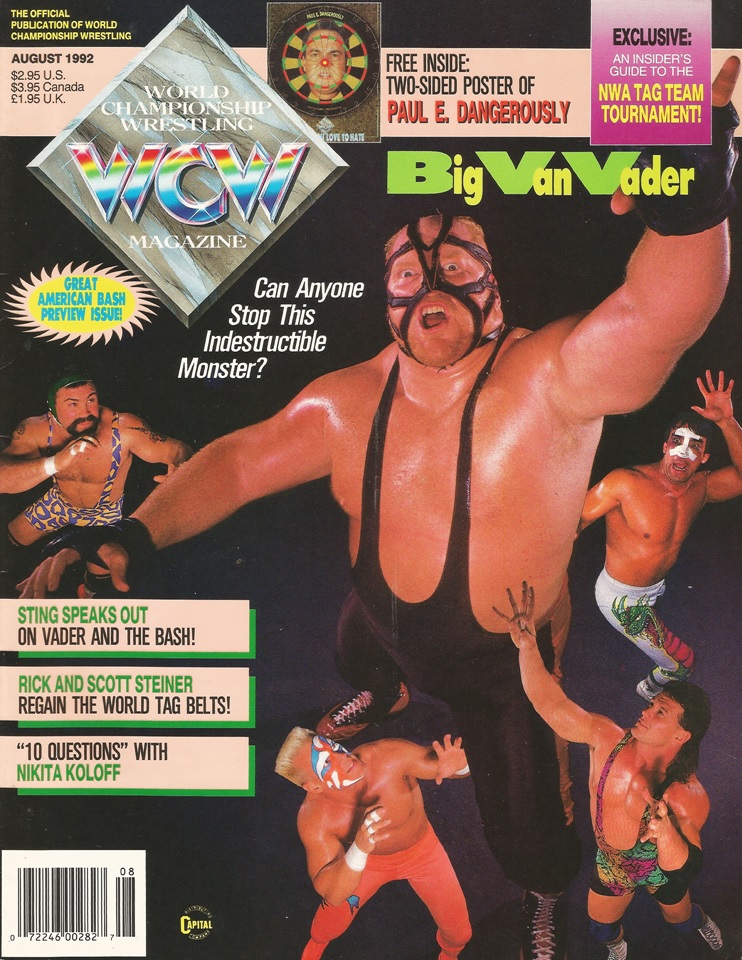 Can anyone stop this indestructible monster?

A perfect way to portray Big Van Vader, the #1 behemoth in World Championship Wrestling. This picture just reiterated Vader’s position as the man to beat, meaning that WCW World Heavyweight Champion Sting had his work cut out for him at the 1992 Great American Bash PPV. Could the Stinger conquer this challenge or was his time as champion coming to an end?? 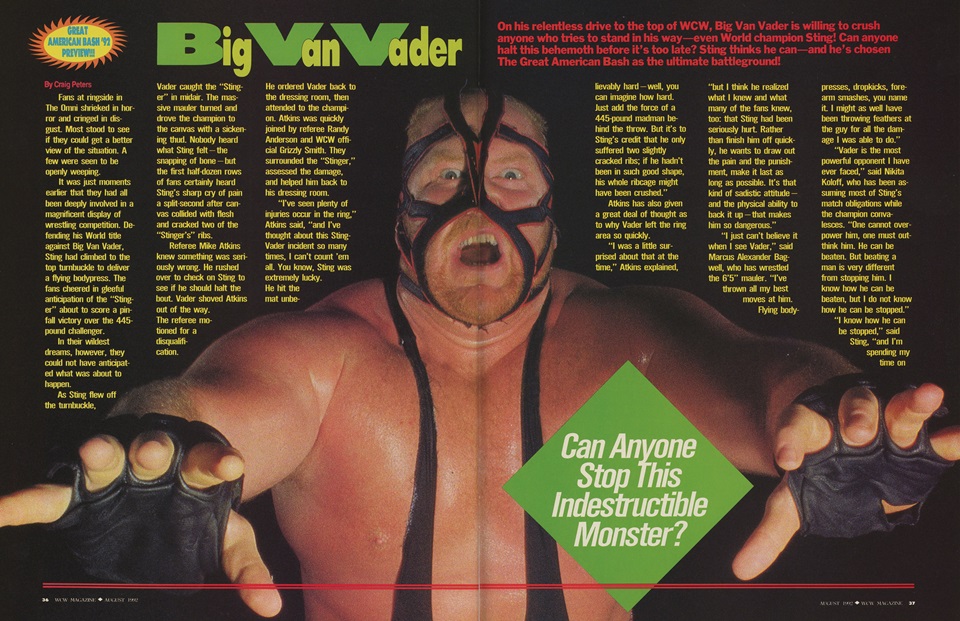 Spoiler Alert: Vader ends up destroying an overzealous Sting, and The Great American Bash becomes the starting point for an incredible feud between the two.

Also included in this magazine are several fantastic images of the Steiner Brothers hanging out at Zoo Atlanta (whaaa?), a pic of the one and only Big Josh t-shirt ever made, AND a badass Paul E. Dangerously two-sided poster! 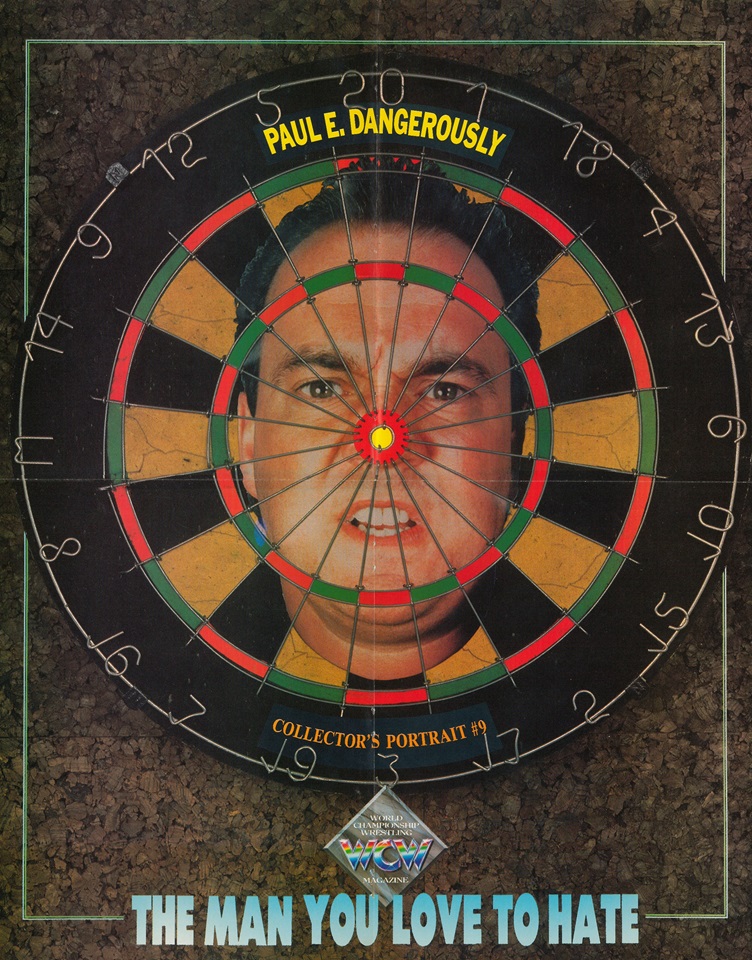 Special thanks to friend of the site Aaron Smeltzer for providing me with some of his own WCW Magazine scans to help out the page. You can expect another 1992 WCW Magazine upload relatively quickly before I dip back into the Monday Night War for a 100+ page issue that I’m working on currently.