The cheapy Valentine’s Day cards that you used to pass out at school to everyone in your elementary school class were always the worst, and these WCW and nWo-branded ones are no exception. The only thing semi-interesting about them is seeing who exactly made the cut for the card’s designs as Paper Magic Group actually released TWO separate boxes, one for the WCW roster and one for members of the nWo: 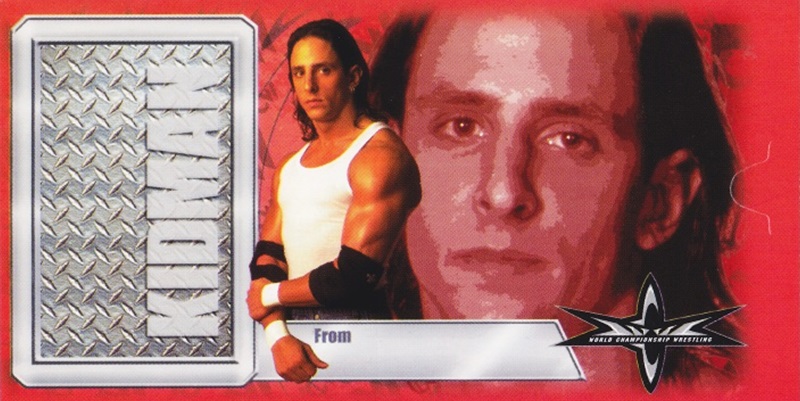 The heavy-hitters like Sting, Hogan and Goldberg were represented while guys like Buff Bagwell, Booker T. and Raven all got the shine as well. The flip side of the cards aren’t even worth the time to scan as they’re just boring statistics of each wrestler (height, weight, hometown, and signature maneuver). No real thinking went into this release, no cutesy I GET BOOGIE WOOGIE FEVER WHENEVER I’M NEAR YOU tagline on the Disco Inferno card, no THIS VALENTINE’S DAY, I’LL MAKE SURE YOU FEEL THE BANG! quip on DDP’s card.

How much cooler would these cards have been if they had something like this on them?

Regardless, check the galleries below for the full scans of the two boxes from 1999 and the one box WCW released in 2000 by the same company.